There’s Nothing More Powerful Than A Husband And Wife Team.

“Again I say to you that if two of you agree on earth concerning anything that they ask, it will be done for them by My father in Heaven.  -Mat 18:1-

WE ARE BRIAN AND CATHY GRAY.
Redeemed and delivered from previously miserable empty lives filled with addiction, pain and suffering, forever doomed to miss the mark, we became backyard missionaries to the homeless, inmates and addicts on Kauai.  We engaged in prison ministry. We started a nonprofit corporation called Live Again the Walk and proceeded to live with former prison inmates and their children in our home for over 13 years.  Granted there were times when we wanted to throw in the proverbial towel and quit.  But if there is one thing we have learned in this; obedience is it.  Even so, our hearts have been for overseas missions since the day we were both born again.

We supported ourselves and our family during this time by working regular jobs and spent most of our vacations on short-term mission trips to Honduras.
Brian is a former adolescent substance abuse counselor and clinical supervisor.  Cathy is a Licensed Massage Therapist formerly employed at the Grand Hyatt on Kauai.  For fun, we turned our video production and photography hobby into a side business called Gray Hope Productions now Gray Hope Missionaries.  This has been a truly wonderful time where we developed the abilities and skills we will need for the next chapter in our lives.  We will always love and treasure the lessons we learned and the relationships we formed. 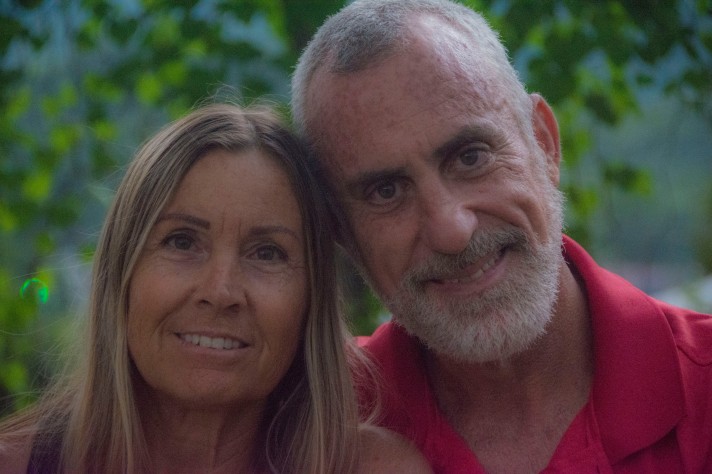 We were ordained by Impact Ministries International in September 2016 and received the call to “lay it all down and Go”.
We attended the IRIS Global Harvest School of Missions in Pemba Mozambique followed by an extended outreach to South Sudanese refugees in Northern Uganda.  We were in Africa for three months and we fell in love with the people there.  We fell in love with the missionaries we met from over 30 nations.  We fell in love with the call to missions and the idea of returning to Africa as several invitations and opportunities rolled in.  Yet we remain obedient and we both knew that we were called to return to the City of Refuge in Comayagua Honduras.  In addition, we are Coaches with Adventures in Missions World Race GAP Year that takes us to a different country every three months.

We’ll be here until He says otherwise.
Follow our blog and subscribe to our newsletters for more details.

In Jesus name,
Brian and Cathy