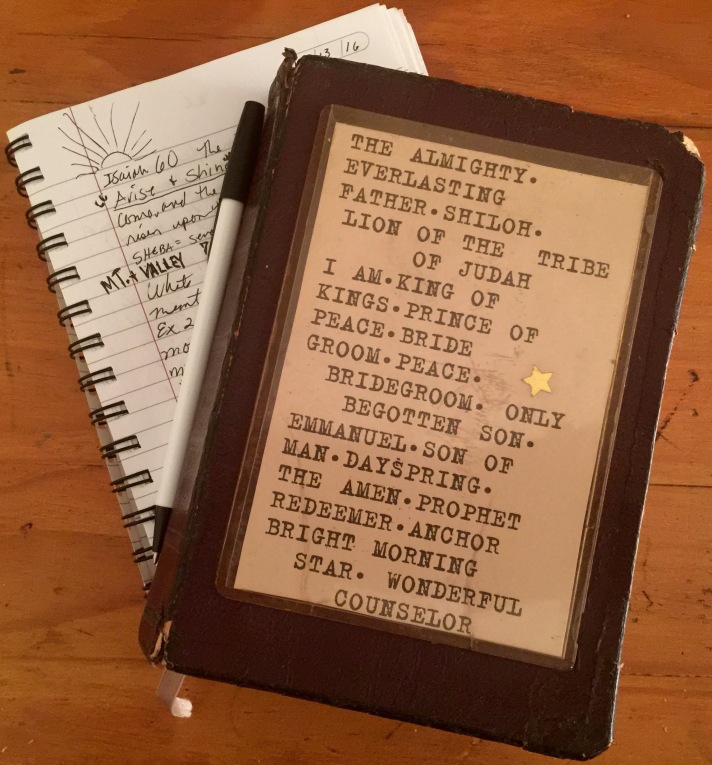 It’s been nearly a month since we left for Africa, the incredulous words of friends and family echoing in our ears.
“You’re doing what?!” “What will you be doing?” “That’s wonderful! What are you going there to do?”
What indeed.

The concept of anointing is derived from an ancient practice whereby Shepards would pour oil on the heads of their sheep to make the wool slippery. This prevented dangerous insects from getting into their ears and burrowing into their skulls which would eventually kill them.
Later anointing became a symbol of blessing, protection, and empowerment.

The body of Christ is filled with anointing. There is healing anointing and prophetic anointing. Anointing to teach and counsel and lead, to preach and intercede, to build and to feed. In fact there is an anointing to match near any need.
At the moment we are anointed for none of these. Instead we have been given a student anointing.

“What is a student anointing?” you ask. Basically it means we are back to knowing nothing. We are humbled. We are beginners again. Every morning we rise to sing and praise and worship God for hours on end with 250 students hand picked from 30 different nations all of whom have the most incredible, mind boggling testimonies of God’s miraculous power in their lives. We are then taught by some of the most powerful, layed down lovers and yes anointed men and women of God walking the earth today some of whom are young enough to be our children. The topics: relationship both with God and His children, honor, identity, and intimacy.  As it turns out being a missionary is more about who He is and less about what we do. As the amazing Pastor Suprise Sithole says “Relationship is more important than hard working.”

While the secular world continues to focus on endless climbing, competition and self promotion in order to achieve a sense of significance, we are learning to focus on relationship, giving preference to the other and dying to self.  Instead of learning yet another way to climb yet another ladder named success, we are learning how to go low. As Roland Baker wrote in Keeping the Fire;

“We not only go low before God, we go low before others. We do this by choosing not to seek favor with those who are influential or wealthy when we begin to cry out to God for revival in a city or a nation. We go first to those who have nothing and no food. We go to the poor, the destitute, the bruised, the sick, the widowed, the orphaned, the forgotten, the ostracized, the outcasts and the dying. We who behave as nobodies before God go to those who are regarded as nobodies by man.”

Water always flows to the lowest point. Going low means learning to swim or rather be carried in the direction of the living water flow until the day comes when

“we, being rooted and grounded in love are able to comprehend with all saints what is the breadth, and length, and depth, and height; and to know the love of Christ, which passeth knowledge, that we might be filled with all the fulness of God.” Eph 3:17-19

It is the fullness of God that has powered IRIS from the start. We want this same fullness of God for ourselves. Not only are we willing but we earnestly desire to learn to go low. And so for a season we are anointed as students again, blessed, protected and empowered by a really great Father in Heaven.

Now on to Pemba for more revelation adventure and fuel for the low roads we will travel in the future.