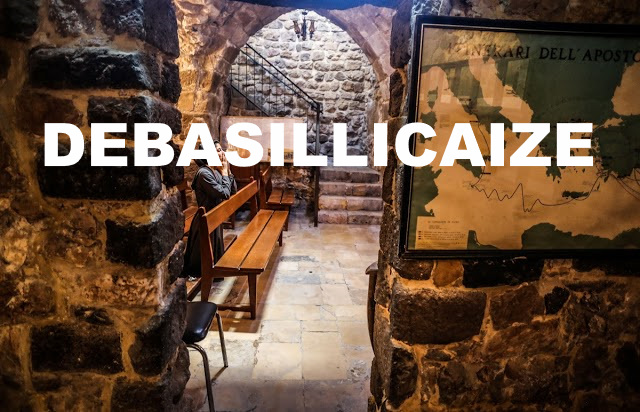 Joe Biden has been in the Oval Office for more than a month now and doing everything we feared he would do as well as some things he promised that he wouldn’t. And to think he’s only getting started.  Our friends in Romania and those who escaped Venezuela are dumbfounded over American apathy and zeal as the seeds of Marxism sprout in the US.  Meanwhile, a substantial portion of Trump supporters continue to cling to a false prophetic hope that Donald Trump will still be president in 2021. I just read the latest QAnon prediction that March 4th is the new projected date. Jeremiah Johnson, the most repentant false prophet recently stated, in his video series entitled I Was Wrong,  “the charismatic prophetic movement is deeply sick.” Meanwhile, Trump apostle Johnny Enlow just issued a rebuke and warning to those who would dare criticize God’s prophets like himself.

In a previous post, I correlated the politicization of Christianity with the actions of Christians in Nazi Germany.

As it turns out it all may have started with Eusebius.

“As the sun, when he rises upon the earth, liberally imparts his rays of light to all, so did Constantine, proceeding at early dawn from the imperial palace, and rising as it were with the heavenly luminary, impart the rays of his beneficence to all who came into his presence.”

Constantine was the 1st Roman Emperor to convert to Christianity and suspend the persecution of the Church. That was a good thing. Eusebius loved Constantine. As it turns out Eusebius might have been Constantine’s, Paula White.

Previous to this the early Church met in homes even though many Jewish Christians also continued to attend synagogue. When Constantine converted he made Christianity the official state religion of Rome and the Church came out from the underground into the Basilicas.

Paul wrote to the Ephesians,

“Awake ‘o sleeper and rise from the dead and Christ will give you light.”

Light is symbolic of wisdom and truth.  Today we have a shortage of both. May I suggest that the current business at hand for the church should not be politics but rather prayer, study, and discussion regarding how the Church is going to be the Church if the current trajectory toward global Marxism continues? People have been talking about a return to the Acts 2 church for decades.

Maybe we need to be debasilicaized.

We are full time Christian missionaries in Honduras. Jesus is Lord. He is also Truth. All others must take a back seat. Brian is a writer/ video producer. Cathy is a photohrapher and the one who always stops for the one. We are easy to contact just message us here. God bless! View all posts by Brian and Cathy Gray